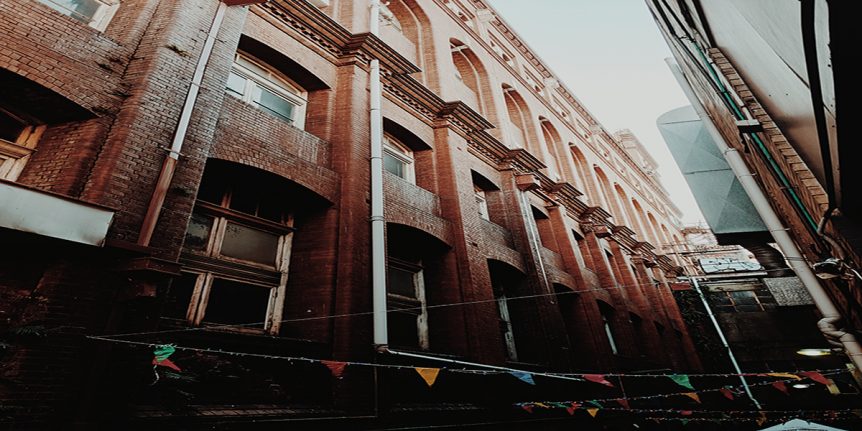 In this blog I'm going to talk about the 2021 Property Market Crash. Are prices going to crash in 2021? Let's look at some of the things that are happening and might influence the market. Ultimately, nobody knows with 100% certainty what's going to happen. But we can look at some of the factors that might contribute to a 2021 housing crash.

The Bank of England have predicted that because of COVID-19 pandemic and the recession's impact on businesses, property prices are going to fall 16%. Now, the Bank of England have got economists and statisticians coming out of their ears and if that's what they feel based on all the data they've got access to, that's probably a pretty good idea.

What do the government think? Well, the government have launched this initiative whereby they've removed stamp duty charges for first-time buyers up to 500,000 pound purchases until the 31st of March, 2021. So is that going to stop the market crashing?

I think there are two things going to happen here. First of all, I think there'll be lots of first-time buyers who say, "You know what? "This is a really good time to get on the ladder "and not pay stamp duty." So I think it's definitely going to stimulate demand. But I think we'll also see homeowners who might have been thinking about selling saying, "Hey, maybe now's the time I should sell "because it's going to be easier for people to buy."

So whilst there's going to be an increase in demand from first-time buyers, there might also be an increase in supply. Who knows. We're going to have to wait and see. Think also about landlords. I predicted last year that in 2019 and in 2020 we'd see lots of landlords who were looking to sell their properties because of the impact of Section 24. Section 24 came in in April 2017 whereby the government changed the way that we, as property investors, are taxed. We can no longer offset all of the interest we pay on a mortgage against our rental income to reduce our profit. What that means is if you own property in your own name, which most landlords do, and if you're a higher rate taxpayer, which many landlords are, and if you have a mortgage, which most property investors have, you're going to be paying a lot more tax on your rental income.

This has led to a number of landlords changing the structure, they might have moved to a limited company, also, many landlords have decided to retire early. They think, Why would I pay more money over the next few years? I've got the same amount of hassle, same amount of stress and work, and yet I'm paying more tax and making less money in my pocket. So we have seen investors in 2019 and at the beginning of 2020 before we went into lockdown come to our Property Investor Network meetings looking to see if they can sell some of their properties.

You've got these landlords bringing their property to the market for sale as well. So I think because of all these factors, plus the fact you're going to have people who are currently on furlough who maybe are not going to be on furlough when it comes to October. Lots of people are going to lose their jobs in October. We're going to have a massive increase in unemployment. People might not be able to afford their mortgage. They might decide to sell for that reason. So I think we're going to see a massive increase of property available on the market.

In the commercial world, we're going to see lots of offices that are no longer required. There will be lots of office spaces become available. Retail, think about that, the shops and restaurants, the bars that are shutting down and are not going to reopen, unfortunately. It's a tragic situation, but in reality, there's going to be more and more commercial property available for sale. There are going to be some great opportunities for those people who know what they're doing.

Should You Wait Until the Market Hits the Bottom?

Should you wait to buy until the market hits the bottom if prices are going to come down? Well, that kind of makes sense. You think, I want to buy low as I can. But the problem is this, nobody knows when we're going to hit the bottom of the market. Actually on the way down, it's easier to negotiate good discounts because people think the market's still coming down. Once the market hits the bottom and everyone knows it's at the bottom and everyone thinks it's coming up, or sellers and the press and the general public think prices are coming up, sellers are less likely to give you discounts because they hope that somebody's going to come along and give them more money for their property. So I think waiting till we hit the bottom is a mistake.

I recommend you follow the five golden rules in "Property Magic," golden rule number one being Buy from Motivated Sellers. Especially as there are going to be lots of motivated sales.

Golden rule number two is we Buy in an Area with Strong Rental Demand. So we must buy somewhere we can easily rent out.

So if you look at rule two, three, and four, if we buy in an area with a strong rental demand, it always makes cash flow, and we're holding for long-term, it doesn't matter whether we buy now or in the next six months. Then a year later it's worth slightly less because we are holding for the long-term when prices will be able to recover to higher than we bought the property for.

So my message is this is going to be a golden opportunity to buy property. I believe the market's going to come down. I think we're going to see a UK housing market crash. I don't think it's going to be a bad as the property market crash in 2009 but I do think we're going to see prices come down. For those of us who are educated, ready to move, there are going to be some fantastic deals. My suggestion to you would be get educated so you know exactly what makes a great deal, you know how to find great deals in your area, and you get finance ready so when you find a great deal, you can move quickly. I meet a lot of investors who tell me they wish they'd invested, they'd bought more property back in 2009, 2010. When most people are trying to sell property and the public is very anti-property, is one of the best times to invest.

Don't miss this 2021 property market crash which I believe's going to be a golden opportunity to build your portfolio and as long as you know what you're doing.

How To Become A Millionaire With Property Investment

Click here to book your property consultationBefore talking through his Steps to Becoming a Millionaire, Simon addresses what Types of Millionaires there are. What Does It Mean to Be a Millionaire? He explains how he chose Property ...

The Property Crash You’ve Been Waiting For

The Ukraine Crisis and It’s Affect On UK Property

Click here to register for further property market trainingIn this blog we're going to talk about the Ukraine crisis and the effect on UK property. We've seen booming markets, we've seen the credit crunch, and the latest thing to ha...