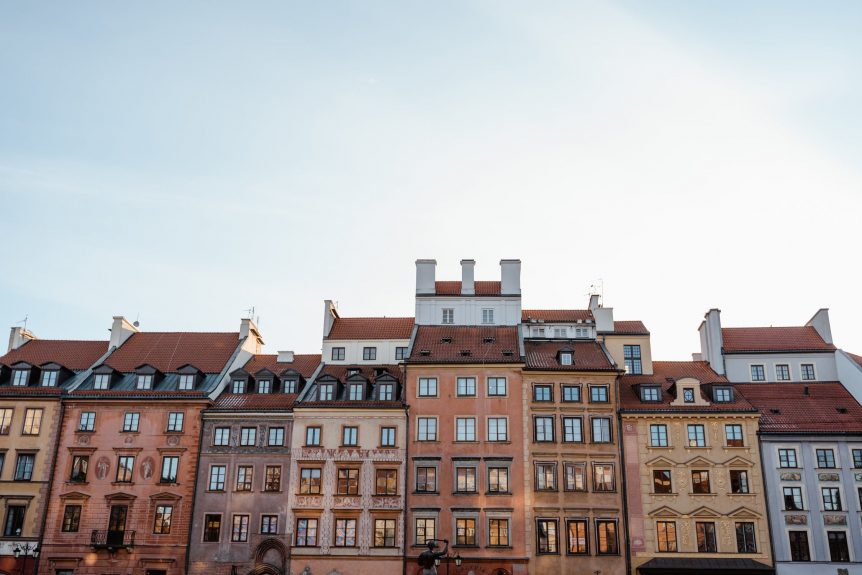 Is Now a Good Time to Invest?

Understanding what's happening in the market is really important. It's good to consider what's going on. But I'm also going to share with you a little bit of content from ‘Property Magic’, because a lot of people often wonder "Is now a good time to invest?". I believe that now is always a good time to invest. It would have been better 20 years ago, but if you missed that, now's a good time, as long as you know what you're doing.

We live in the UK, which is a very popular place to live. I always say that we have an increasing population and we do not have enough accommodation. So in the long term, property prices will continue to go up. But because it's a market, obviously it's cyclical. Prices come up and they come down and a lot of people try and spend time trying to work out. They say “Well let's buy at the bottom, sell at the top.” which is a concept that comes from the world of stock market investing. It's much easier in the stock market because obviously we can chart things, there are patterns. A lot of things come in and affect the property market that we have no control over.

So back last year in 2020 obviously when the COVID-19 pandemic first hit and we had the first national lockdown in March 2020, the property market just stopped completely. For 10, 12 weeks, you couldn't do anything. The estate agents were all shut, the solicitors were closed, the lenders were closed, it was chaos. I was remortgaging three properties and buying a property at that time. Immediately after lockdown finished, I had a number of surveys done and the valuers massively down-valued the property saying, "Oh, we don't know what's going to happen because of COVID." The Bank of England put out a prediction, "We think that prices are going to drop 16% in this year because of the effect of the recession and because of COVID pandemic."

The UK government stepped in with two major bits of intervention that really propped up the market and resulted in a mini boom at the end of 2020. So what were those? Well there was the introduction of the Furlough Scheme, where people who might have otherwise been made unemployed, went onto Furlough where they were getting 80% of their salary. That was supposed to happen until July 2020 but it's been extended from October 2020, then out to 2021, March, April and still present. In March there was an announcement by the chancellor to say it's going to go to September 2021.

I think at the lower end of the market, below £250,000 for first time buyers, they've got until September and I think we will see that end of the market probably still quite strong. The higher end is probably going to drop off a little bit but you know what? If the bottom of the market's stimulated, that has a knock on effect on the next level up. This is because you might have someone who's got a smaller house, they're selling that property and I think there'll be good demand for that right now, they upscale to a bigger property. Maybe they want a bit more space, maybe they're having a new kid in the family, for that reason they need more space. So when one part of the market does quite well it has a knock on effect on the rest of the market.

So I anticipate, although the stamp duty holiday is up until the end of June for the £500,000 pound properties and then up to the end of September for the £250,000 pound properties, I think the bottom of the market being stimulated will mean the whole market will do quite well until that finishes in September 2021. Now that's the date when Furlough is also supposed to end, so it's going to be really interesting to see when the Stamp Duty Holiday's gone and if Furlough is also taken away, what's going to happen?

"My question is how long can the government keep propping up the economy and the UK Housing Market?"

The Effect on the UK Economy

I think we're going to see a bit of a boom in the summer, because you've got a lot of people waiting to spend their money. They've probably got more in the bank than they've ever had before. As the country opens up, we enter this plan to get out of lockdown. People are going to go out, they're going to spend money on retail and on leisure. Everyone's going to want to get out. Most of the population, adults, are going to be vaccinated by the end of July so that's also really going to help the economy.

However, you've got many businesses who have just not had enough revenue coming in, despite the chancellor's introduced loans to help support businesses in leisure and retail, I don't think it's going to be enough to sustain the business.I hope I'm wrong. I hope that these businesses are going to come back, they're going to thrive in the summer and you know they're going to be able to survive moving forward. But I'm worried that that's not going to happen for many businesses. I'm worried when Furlough ends, we're going to see potentially millions of people at the end of this year get made unemployed. So what effect do you think that's going to have on the economy? What effect is that going to have on the sentiment of the market? My belief is that actually, you know, we're going to have to see prices come down.
Is A Property Market Crash 2021 Coming?

Now, is it the end of 2021 when property prices crash, or maybe not crash but dip? Or is it into 2022? I just don't know and frankly, I was wrong last year because I thought when Furlough was going to end in October, we were going to see prices come down at the end of 2020. I was wrong about that because obviously Furlough was extended into 2021. So who knows if it's going to happen again. What I do know is the government is spending so much money, 280 billion pounds already spent and that was the figure in March. By the time we get to September, it's going to be far more than that. My question is how long can the government keep propping up the economy and the UK housing market?

"Despite this, in future years we are going to see taxation increase in all areas of life and we're going to end up paying for this."

The reason they're doing it is because the housing sector is very important to the UK economy. But is it wise to short term be spending all this money, which we as taxpayers are going to have to pay for? You know, I think the chancellor did a great job in March, it could have been a lot worse for us as property investors, but I think we kind of got off the hook lightly compared to what it could have been. Despite this, in future years we are going to see taxation increase in all areas of life and we're going to end up paying for this. We're also going to see inflation. With all this money being printed and put into the economy, we can't buy as much for our money as we're used to, so things are going to go up in price. This is good for us as property investors, it will help rents go up, causing general property prices to go up. So this is all going to stimulate the market. In fact, inflation, which is bad for most people, is good for us as an investor because we borrow money.

Let's say we borrow £150,000 pounds on a property for 20 years. We borrow the money now, in 20 years time we've got to pay that £150,000 back. We just pay interest on the mortgage in the meantime. In 20 years time, that property will have probably doubled and maybe doubled again in value. This is because they do say that every 10 years in the UK, on average property prices double. Now, please listen carefully. That is an average. I'm not saying every 10 years that happens. I'm not saying it happens everywhere, but if you take the whole market on average that's what's happened. If you don't believe me, go and check it yourself. Go and do a Google search for Land Registry house prices for the last 60 years. You will see all these tables, you can work it out yourself and realise that has been the trend. Now, just because it's happened in the past doesn't mean it's going to happen in the future. But because we live on this island with the limited amount of accomodation, generally prices are going to go up. Short term we've seen a bit of a dip in the numbers in our population, because we've had obviously a number of people unfortunately pass away early because of COVID. Many more than would normally happen through a flu or infection. We have also lost some people because we've left the country and Brexit, we've lost some people who've gone back to where they originally come from, wherever that is in Europe. So although we've had a slight dip, we still have an increasing birth rate and we have longer life expectancy.

Let me give you a brief recap on the Golden rules.

So I believe now is always a good time to buy, as long as you know what you're doing. Educate yourself, you could do that by reading all of the blogs on this site. I've also got a video lined up for you which is going to be really useful once you've registered for the online training with me. So invest with knowledge, invest with skill, I'll see you very soon.

If you have not been to a property investors network meeting before, you can use voucher code BLOG to attend your first property networking at no cost. Details of all pin meetings in the link below.

How To Become A Millionaire With Property Investment

Click here to book your property consultationBefore talking through his Steps to Becoming a Millionaire, Simon addresses what Types of Millionaires there are. What Does It Mean to Be a Millionaire? He explains how he chose Property ...

The Property Crash You’ve Been Waiting For

The Ukraine Crisis and It’s Affect On UK Property

Click here to register for further property market trainingIn this blog we're going to talk about the Ukraine crisis and the effect on UK property. We've seen booming markets, we've seen the credit crunch, and the latest thing to ha...