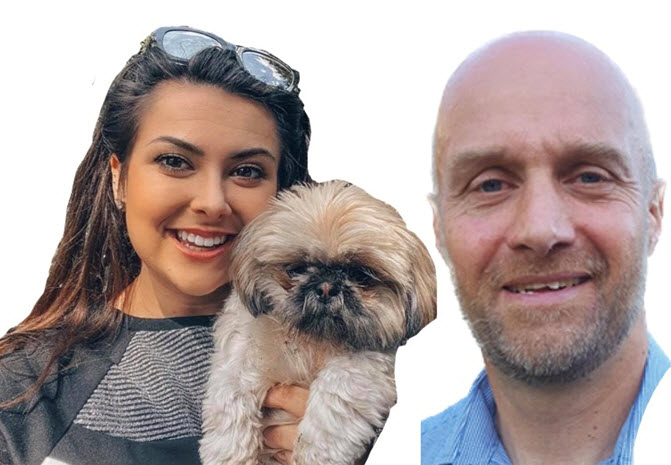 Paul started attending the Legendary Nottingham pin in 2010 and did his first joint venture in 2012, having loaned money to experienced HMO investors in return for practical knowledge, making valuable contacts and the confidence to be able to go on to buildhis own portfolio of HMO’s.

Paul started to attend Sheffield pin from 2014 and attending pin events and training courses. Being inspired by the achievement of others, he committed to consistently attending the meeting going forward, making themost of the opportunities at the meetings to learn, grow and network.

Paul became the host of the MIGHTY Sheffield pin in 2018.

Having used a number of different property strategies, including rent to rent, purchase lease options and traditional purchases. Projects he has been involved in include licensed houses of multiple occupation (HMO), title splits, commercial to residential, permitted development, planning gains and extensive refurbishments.The income generated from his extensive portfolio enabled him to leave his day job and become financially independent.

“For me property has very little to do with the buildings, for me success in property is achieved through building relationships with the right people”, as a pin host, Paul is passionate about helping other people achieve their property goals.


David is originally from Sunderland but moved to Leeds to study Sport at Carnegie College which was then part of Leeds Polytechnic and now part of Leeds Beckett University.

David became interested in the possibilities within property when he was a second year student and living his first shared house. He realised that the rent that he and his other five housemates were paying must considerably exceed the mortgage and other outgoings for the house. His ability to capitalise on this insight was completely overshadowed at the time by my lack of property knowledge and strong desire to travel.

To fulfil these ambitions after graduating David went to work in Spain and France managing water sports centres in the summer and in Austria and Italy being a ski rep in the winter. His main aim at this time however was to see some of the world and travel, with the biggest desire being to go to Australia. To this end he had extended stays in USA, South Africa, Canada where he played a seasons rugby and finally making it to Australia in 1992 before heading to New Zealand.
On return from these trips he came back to Leeds to qualify as a teacher which became his profession for over 20 years. He spent a little under half of that career in Mainstream Secondary schools mostly as Head of PE. The rest of the time in teaching was spent working in the Special Educational Needs sector fulfilling various roles including Head of Sport and Assistant Headteacher.

During this time as a teacher he began to invest in property in a part time way. First by buying a house that he shared with 3 lodgers and then his first investment property an HMO in 2000. Joint ventures with friends followed as did ever larger refurbishments, flips and conversions of houses into separate self-contained flats. At the beginning of this time he would do much of the work on the properties himself but as the portfolio along with work responsibilities grew, he became more hands off with the properties.

By 2017 he had managed to build a portfolio with enough rental income that he decided in early 2018 he would leave teaching and move full time into property. In 2019 he joined The Property Mastermind Programme which has further accelerated his property progress. David started investing outside of Leeds and now have properties in the North East, Yorkshire Coast and Lincoln. He currently works with a small group of private investors and partners providing a great return for them and allowing himself and new company DKD Estates to expand the portfolio in these areas. David also now works with a housing charity to provide good quality and suitable housing for vulnerable adults who are at risk of homelessness.


Why you should join David and Paul?

As an individual, don’t you owe it to yourself to make the best of your one, wonderful and precious life? No-one wants to be average. Trouble is there is so much noise and we get so busy doing important stuff (yawn) and one day we’ll get round to doing something spectacular…..but that day never arrives.

With two different speakers each month along with the networking, you’ll build a massive amount of knowledge at Lincoln pin meeting that will benefit you at all stages of your property journey. It may seem a bit scary the first time not knowing what to expect and who’ll be there. But if you come along you’ll find it friendly, welcoming, dry and ambient in temperature, with a chair to sit on! There will be a room full of other people who want the same thing. And guess what, there are enough opportunities for everyone. We even help each other get there.

Lincoln pin takes place on the fourth Thursday of each month. You can be assured of a warm, friendly welcome and we really look forward to working with you.
Back to Meeting Page

Back to meeting information and booking form