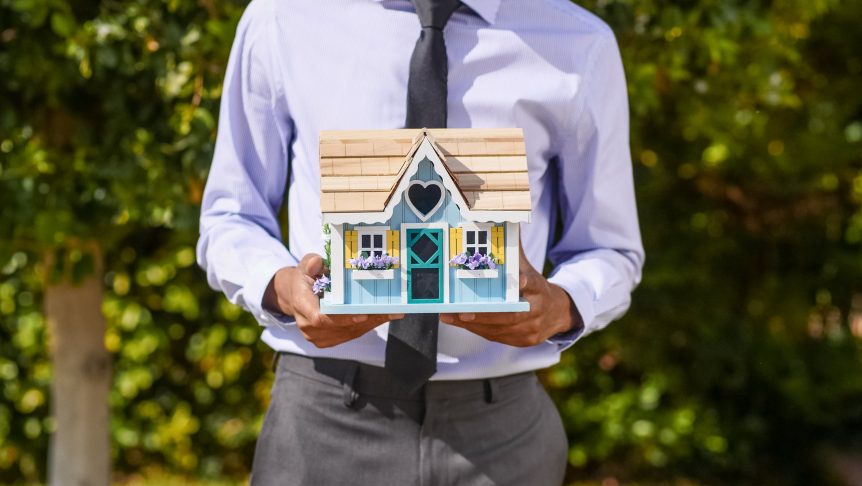 Is Buy-to-Let worth it in 2021? This is a big question I'm asked all the time, and my answer is, it really depends on you and what you're trying to achieve from your property investing and where you are in your property journey. It's going to be very different from if you're just getting into properties and is it still worth doing? Or maybe you've been in property for a number of years saying, "Well, is it still worth staying in, should I get out?" This blog is going to answer that question for you, no matter where you are in your property journey. My name is Simon Zutshi, I've been investing in property since 1995. I would say, "If you're doing it in the right way, yes, property investing is still worth it, but you've got to do it in the correct way."

This is a question that often comes up. Now why do people ask this question? Partly because there's a lot of legislation coming in to be a property investor, which changes the way we are taxed. To answer this, we need to look at different types of Buy-to-Let. Buy-to-Let is a very general term, so let's break it down slightly.

HMO's are generally seen as a more advanced strategy. Renting out to one, one contract to a one person, or a couple, or a family, is less work perceived than an HMO where you might have five tenants in the property, all on their own contract. But a HMO makes a lot more money. It also depends how you structure your property investing. Historically, when I started investing in property in 1995, I really didn't know what I was doing. I bought my second property in '98 and held onto my first one. I started to learn a bit more about how to be an investor, and what I learned early on was historically it was always best if you owned property in your own name. Let me say that again, historically, it was best to own property in your own name. This was for all sorts of reasons, mainly tax reasons.

The Impact of Section 24

Yet in April, 2017, we saw the introduction of Section 24. This is a change to the way that we are taxed as property investors. The government said, "Well, you can't offset the interest on your mortgage against your rental income to reduce the profits." So they said, "We're going to tax you on that now." The problem here is that a property might not actually make money. Maybe someone didn't really know what they're doing, they bought a property that didn't give them cash flow. On paper, they calculated the new way, it's going to make a profit, and therefore, they're going to have to pay some money to the tax man. So this property's not putting money into their pocket, it's not making a profit for them, and yet they've still got to pay tax on it. For those people I'd say, "Well, is Buy-to-Let really worth it?" "Probably not." This is why we're seeing so many landlords, traditional landlords who might have a big portfolio, or maybe someone who's an accidental landlord, with just one or two properties saying, "You know what?" "I don't think it is worth it anymore." They're starting to sell their properties. So what does it mean if you're just coming into the market or if you're in a stage where you don't want to leave, but you actually want to build your portfolio? Well, actually I think this is a great opportunity. If you know what you're doing, if you're educated and always do your due diligence, then actually 2021 could be a great time to be doing Buy-to-Let property. By that, I'm looking at the general term, Single Lets, and also HMO's.

Now I can't give you any tax advice and it's important you get your own individual tax advice, based on your personal circumstances. However, what many investors are doing, those who are new to the market, and even those who've been in poverty for a while, they're starting to buy their properties within a company structure. The reason they're doing that is because if it's owned in a company, it's not affected by Section 24. So you might have a landlord who's selling a property, and based on the rental income coming in, because they're affected by Section 24, they're not really making any money. By the way, if you are a higher rate taxpayer and you've got mortgages on the property and the property's in your own name, that's when you're affected by Section 24. If you own property in your own name but you don't have mortgages, or if you're not a higher rate tax payer, you may not be affected. Having said that, many landlords, they do own in their own name, they do have mortgages, and because they're making lots of money from their property, they are higher rate taxpayers. So there were lots and lots of people who are affected by this Section 24. For some of those people it may not be worth it.

“If you’re looking to invest in 2021 or 2022, it’s important to make sure you keep up-to-date with what’s happening in the market, and you adapt your strategy.”

The other thing is, if you're buying HMO's, Houses of Multiple Occupation, then obviously you've got a much higher cash flow. Even though you're paying more tax, you're making a lot more money than a Single Let property and it still might be worth doing. There are also a number of strategies you can do, which are still Buy-to-Let, where you're renting your property out, but actually they're not affected by Section 24. This includes Rent-to-Rent. You find someone who's got a property they're struggling to rent out. Maybe they're a distant remote landlord. You're local, so you could really focus on getting that property full. You give a guaranteed rent to the owner and then you rent the property out for more. You then make a margin between what you earn and what you pay the landlord. That's called Rent-to-Rent. Now you are not affected by Section 24. The owner is, but you are not affected by that.

You could also do a Purchase Lease Option, which is one step better than Rent-to-Rent. As well as getting that monthly cash flow, you've got the right to buy that property in the future. If you want to do that. The rental income coming in is also not affected by Section 24. So there are strategies you can use that doesn't matter what structure you own or control that property in.

There is then Serviced Accommodation otherwise known as Furnished Holiday Lets, which again at the moment, is not affected by Section 24. So doing that strategy in your own name, Section 24 is not a problem. Serviced Accommodation and Furnished Holiday Lets can give you a very high profit. Because you rent the property out very short-term, but for much higher rent. Now obviously, Serviced Accommodation was hit massively during 2020 and into 202. A little bit when we had the effect of COVID and the lockdowns, when you couldn't operate those. Many of my students took their holiday homes and they converted them into isolation units. So people who were frontline workers, who had to be very close to their work, didn't want to go back and live at home with their families in case they gave them the virus. Especially if they had vulnerable family members living at home. So they were living close to their work in these isolation units. That’s how many of my students were able to fill properties that would normally be filled by holiday makers and still make a good profit, whilst providing much needed accommodation.

The Importance of Keeping Up to Date

If you're looking to invest in 2021 or 2022, it's important to make sure you keep up-to-date with what's happening in the market, and you adapt your strategy. I sometimes meet people who've been investing for 10 years, since maybe 2010, and they've just been investing in a rising market, and anyone can make money in a rising market. Maybe they've had just one strategy that's worked really, really well for them, but the market could change. Many people believe we're going to see a dip in property prices towards the end of 2021. I thought it was going to happen in 2020, because furlough was supposed to end in October, 2020, the government extended that. So I think it's going to be at the end of 2021 or maybe even 2022. But when the market dips, the strategies people have been using for the last 10 years may not be so relevant moving forward.

For example, when you buy a house and do it up to sell it on, it's called Flipping Property. That's not such a good strategy if the market's coming down. So it's really important to keep up-to-date with what's happening in the market, to make sure you're learning from other successful people who are out there doing it as well, so you don't have to reinvent the wheel. So to answer the question, is Buy-to-Let worth it in 2021? I believe, yes, it is. If you do it in the correct way. For some people, who've been doing property a long time, it's not worth it anymore and they're selling up and retiring, which are great properties for us to pick up from those landlords. .

If you want to learn more about Houses of Multiple Occupation and how you can really profit using them, I've got some extra online training that I like to give you access to. All you have to do is click in the link below this blog.

If you would like to learn more about building a HMO portfolio with other people’s time, money and experience then join Simon Zutshi for some online training, all about how you can buy a house and rent it by the room to make £1,000+ monthly profit per property. 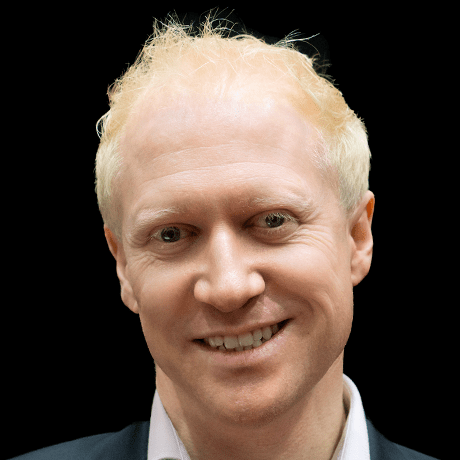 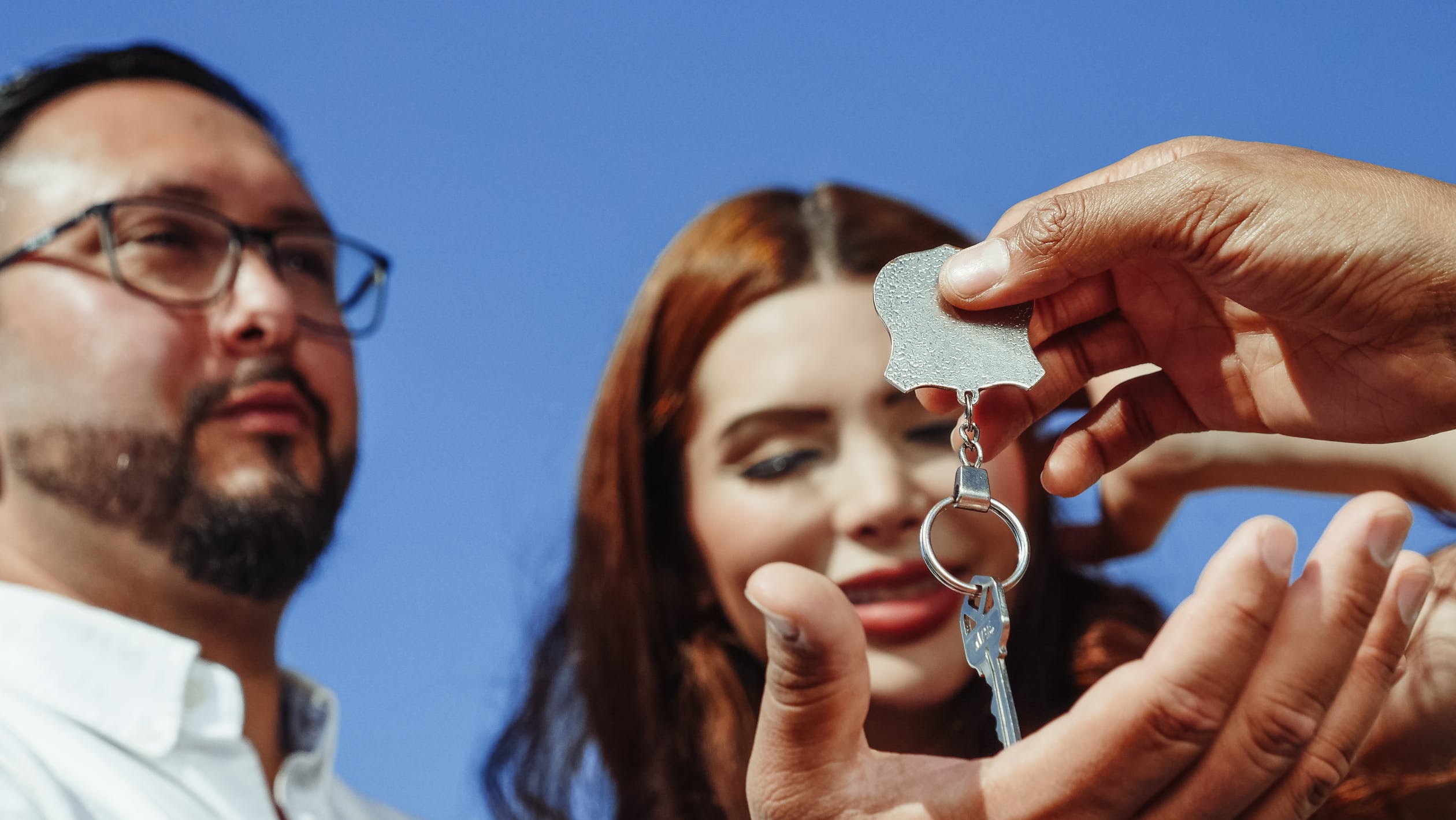 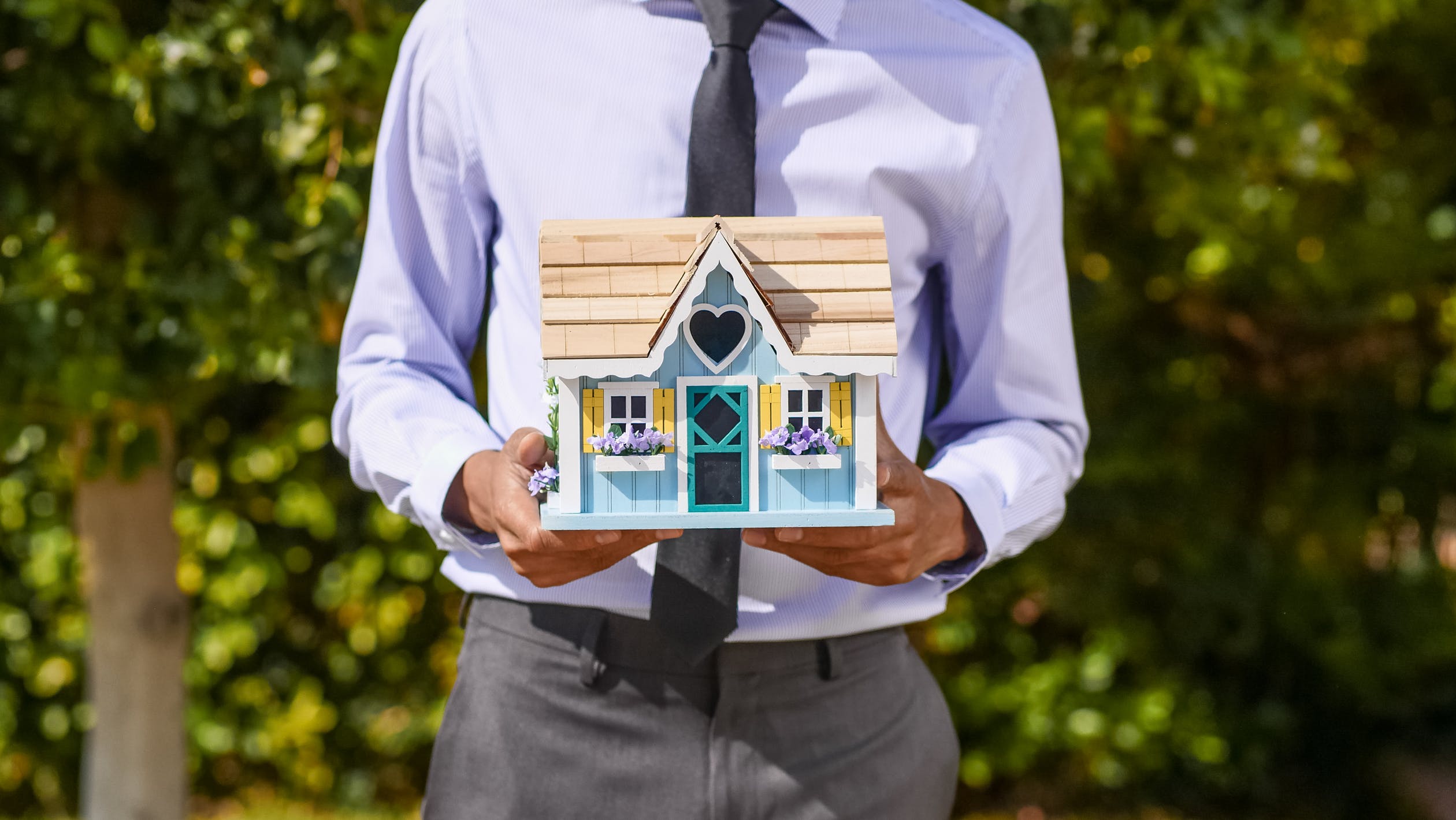 Is Buy-to-Let worth it in 2021? This is a big question I’m asked all the time, and my answer is, it really depends on you and what you’re trying to achieve from your property investing and where you are in your property journey. It’... 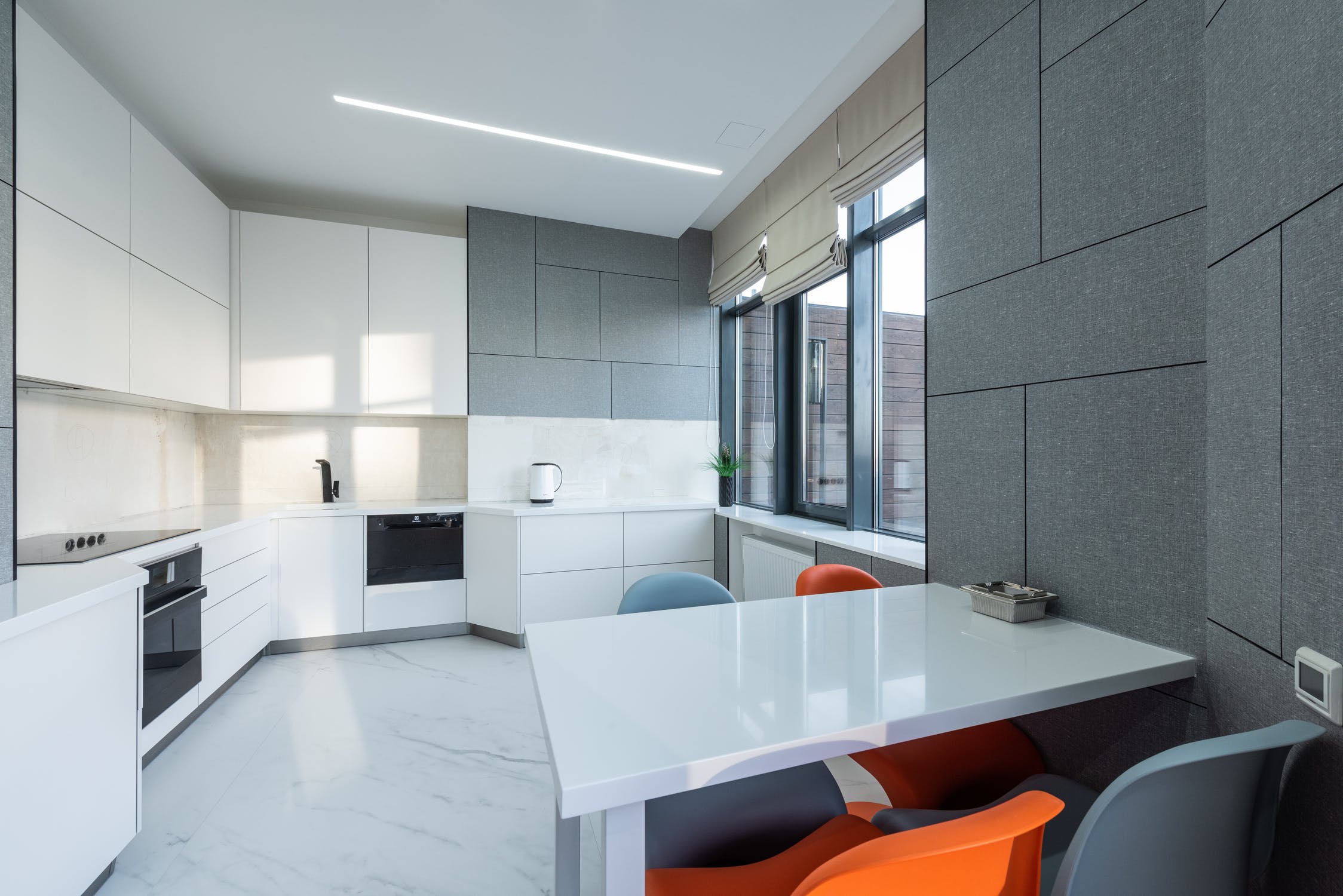 How to Make Insane Profit from Your Property – Mega HMO’s

In this blog, I want to share with you how you can maximise the profit from your property investing. In particular I want to talk about how you could profit with mega HMO’s. As a property investor, the whole point is, we buy a pro... 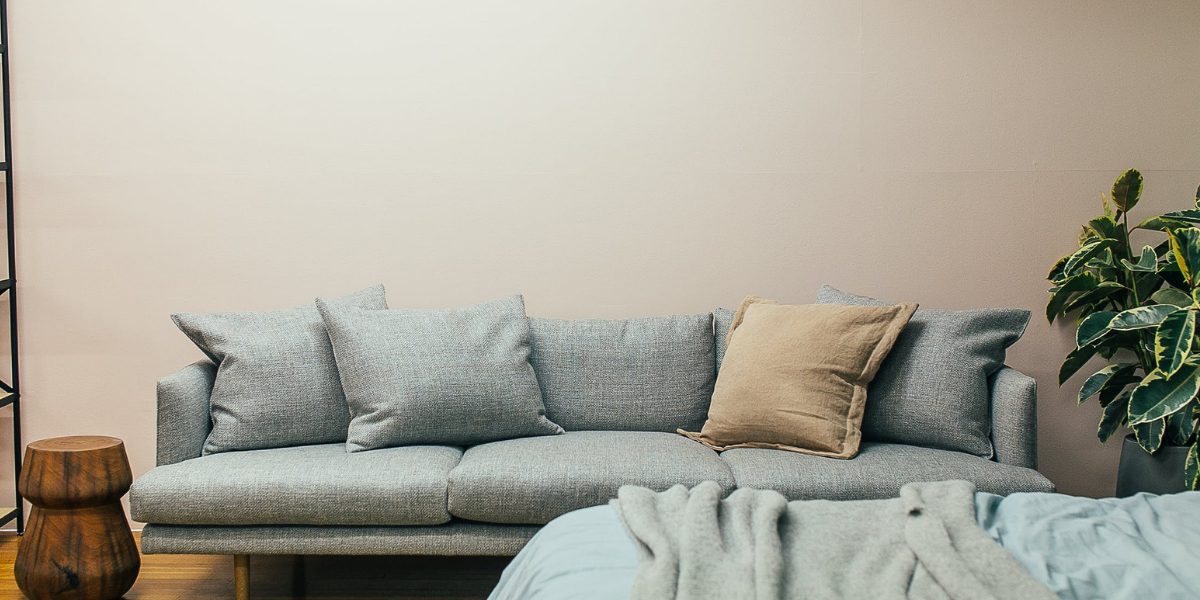 What Type Of Tenant Should You Put In Your HMO?

In this blog, I’m going to answer the question, what type of tenants should you put into your HMO property? One of my favourite strategies is HMOs, Houses of Multiple Occupation, where you’re renting out individual rooms to individu...